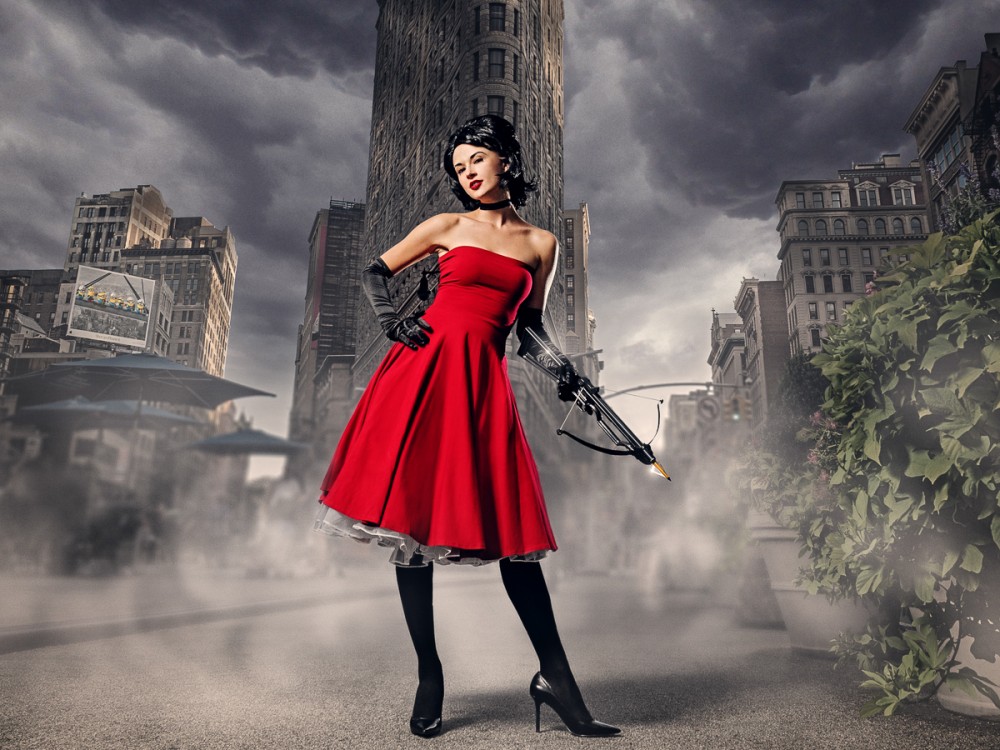 After buying tickets for the first time to Comic-Con New York 2015, I’ve been thinking about what cosplay would be best for Olya. While watching the movie Minions, it was obvious that Scarlet Overkill, the glamorous villain with a simple red dress, black choker and gloves, hosiery and stilettos, would be perfect for a beautiful girl like her. Scarlet’s pinup look she wore to Villain-Con would also be perfect for Comic-Con.

The dress was designed by Hardley Dangerous on Etsy. The rest of the accessories were ordered on Amazon. Scarlet tries to take over London in the movie, so it is only natural her next target would be the great New York City. We imagine where Scarlet would visit on her trip to the Big Apple, from the iconic Flat Iron building to the Empire State Building, and finally Times Square. Every villain needs to take a food break, so in comes Shake Shack. By the end of the tiring day of taking over the city, Scarlet sips on a Starbucks before taking her cute little red ride back to read her favorite Minion a bed time story.

The photos were taken with an Olympus OM-D E-M1, with Canon Speedlites in a Westcott Apollo softbox with Pocket Wizard triggers. A lot of post processing done to make sure our villainous Scarlet is the center of attention. Bonus behind the scene shot at the end! 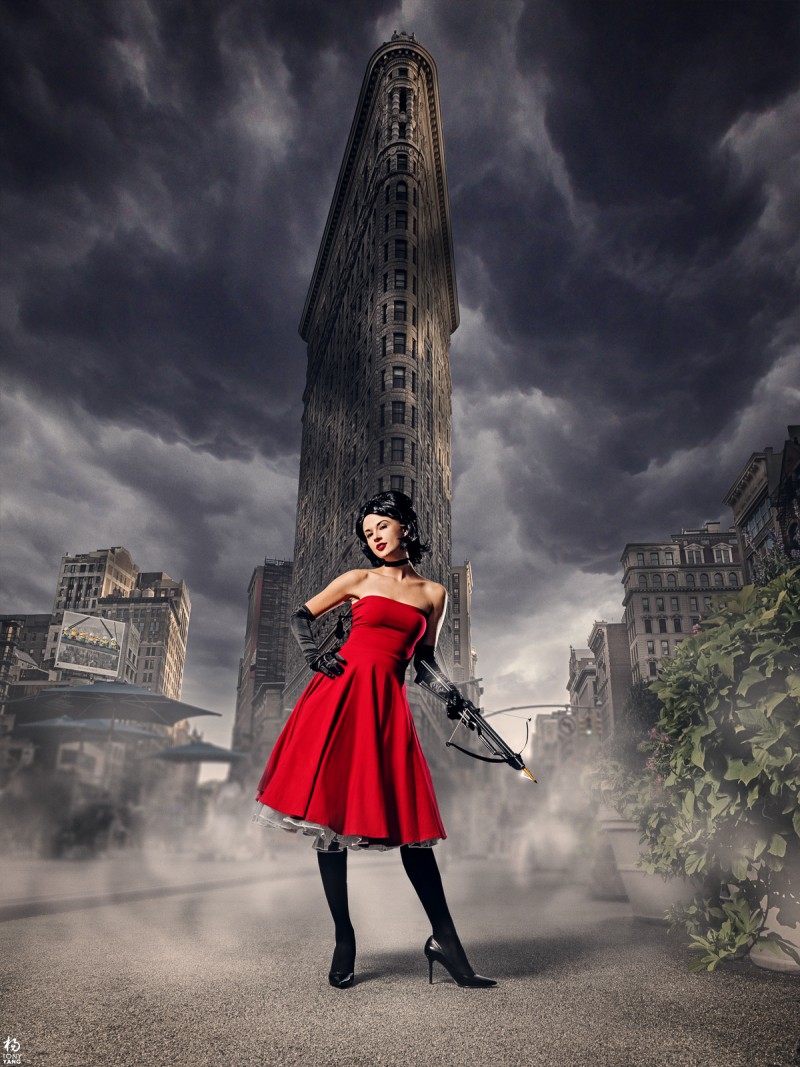 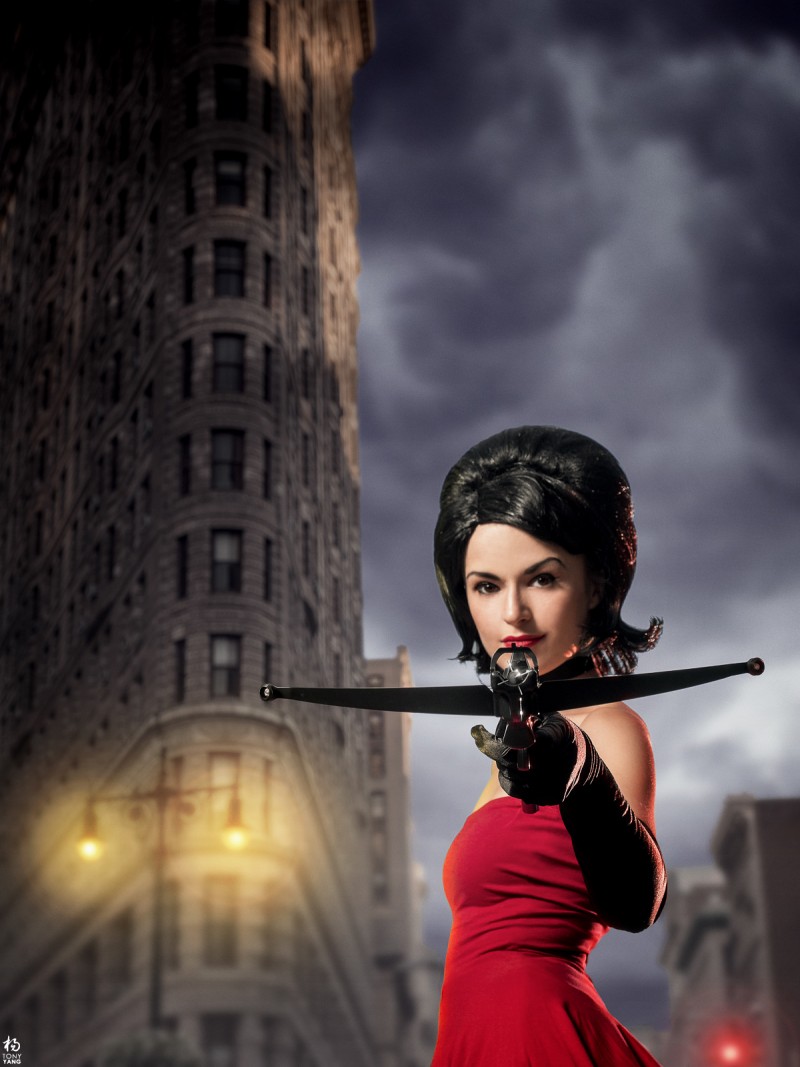 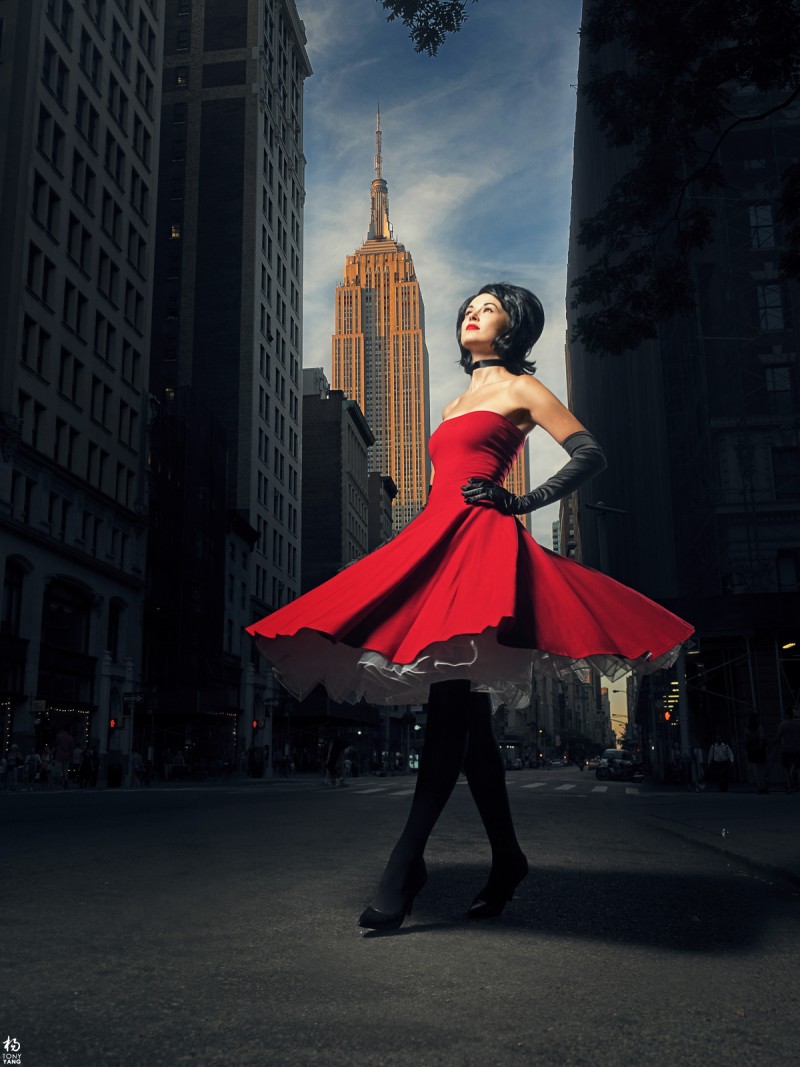 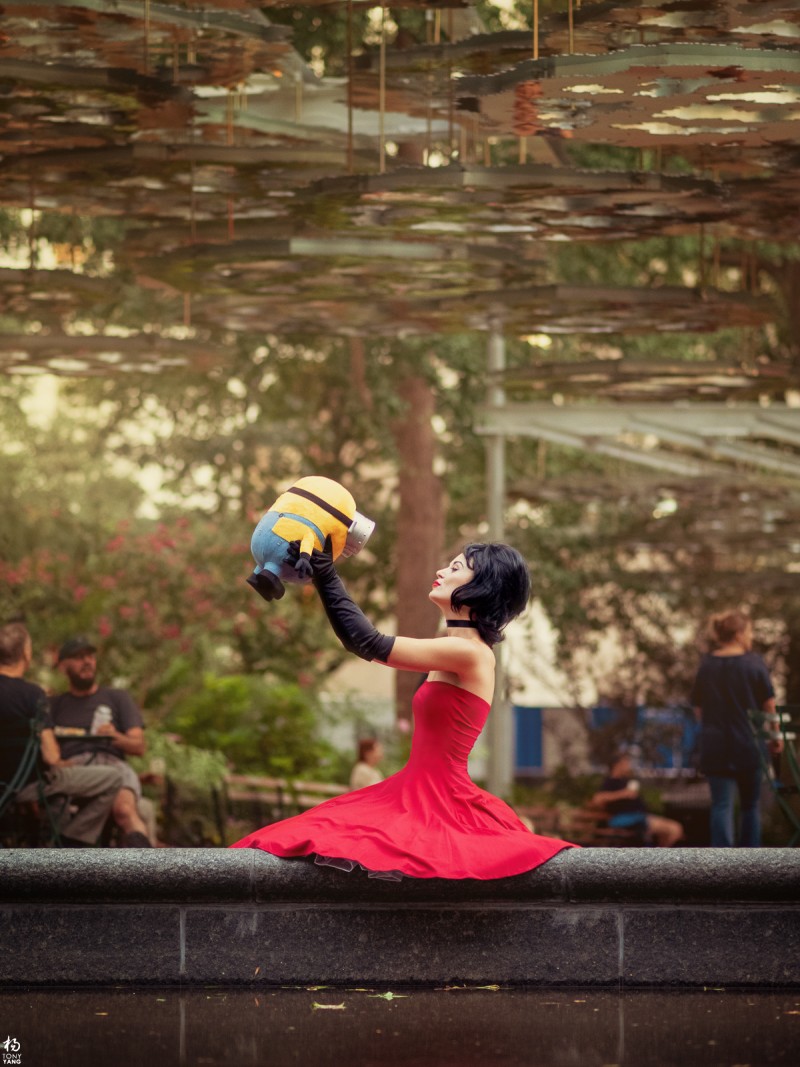 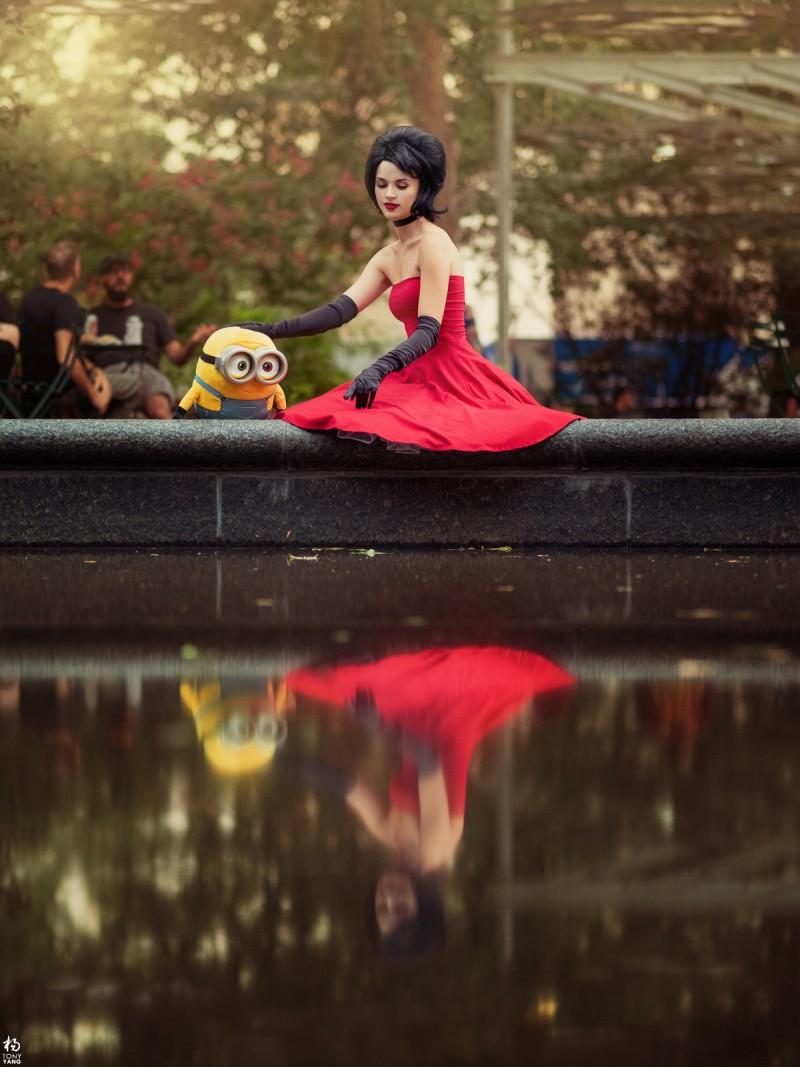 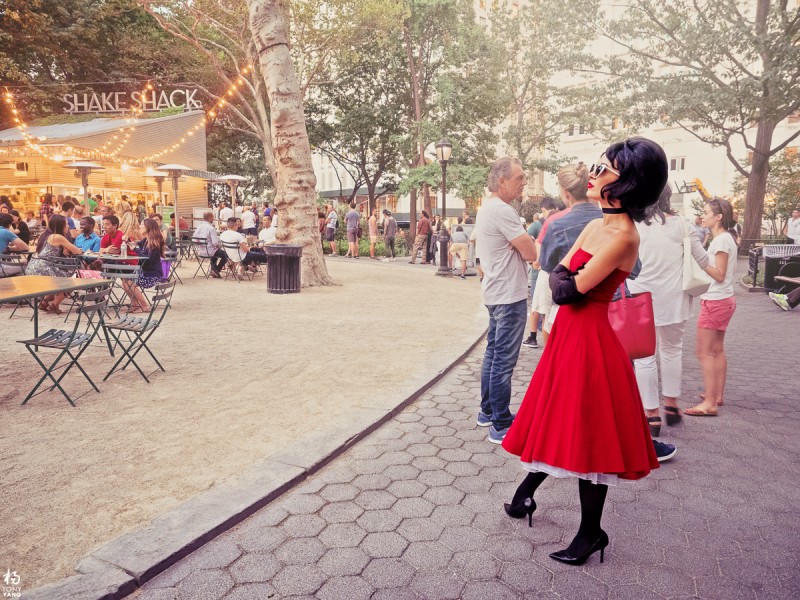 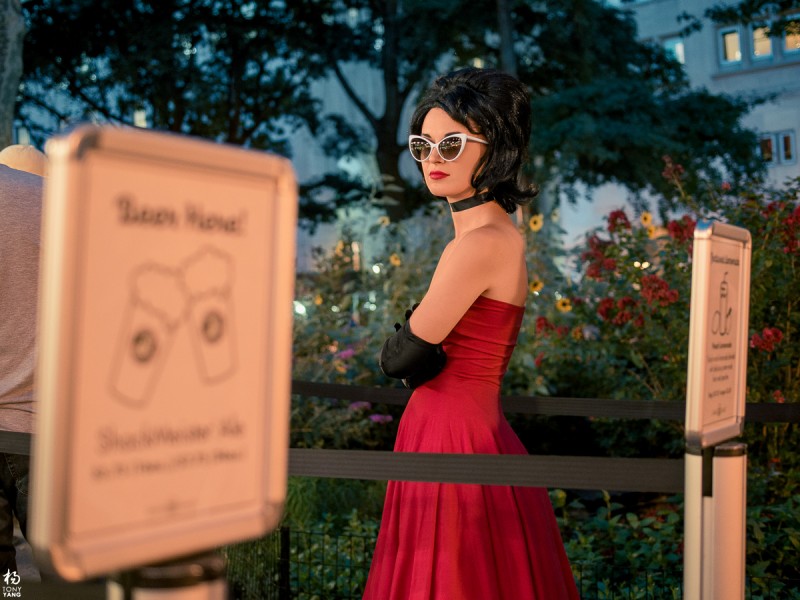 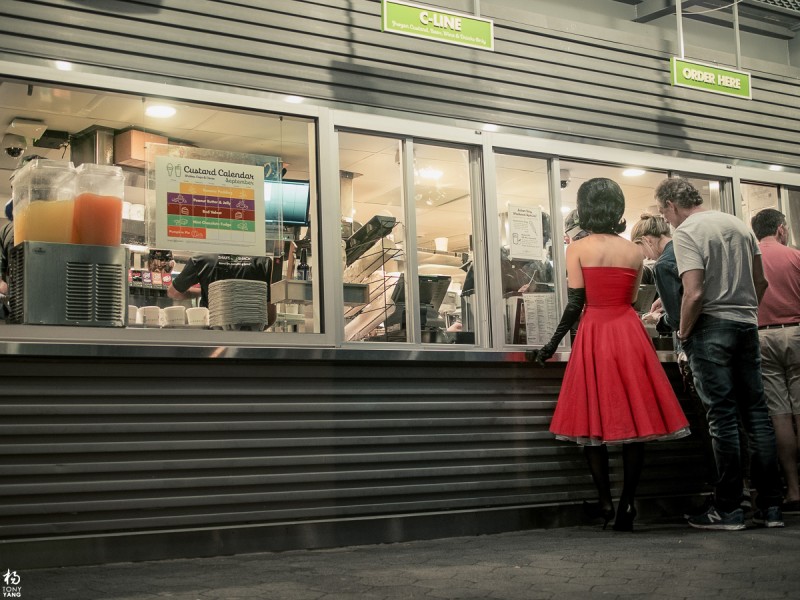 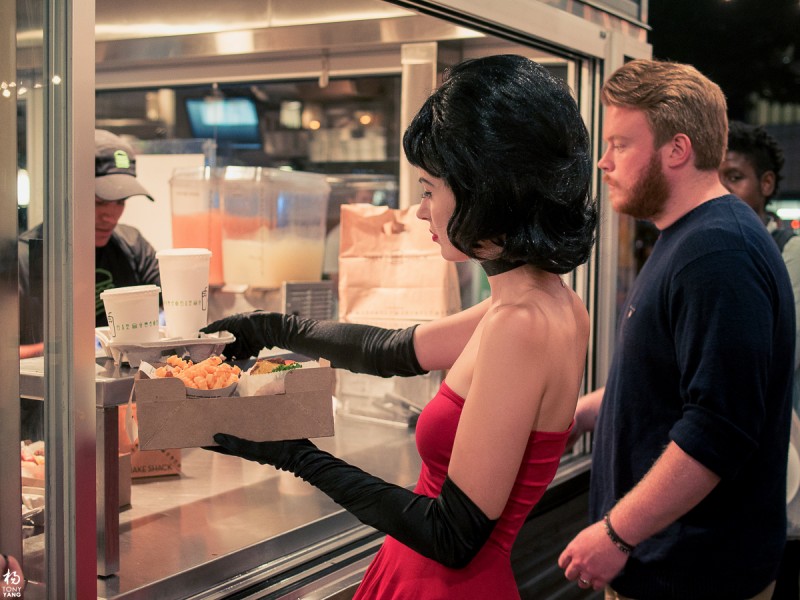 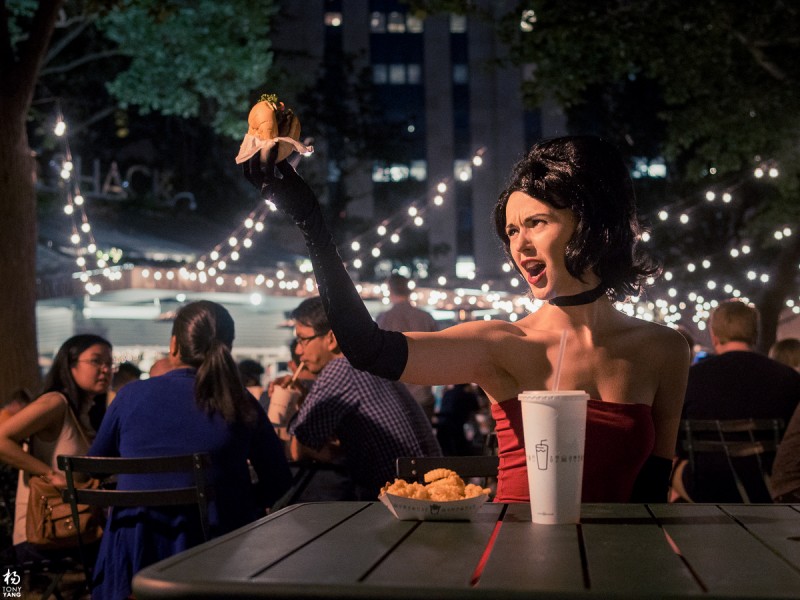 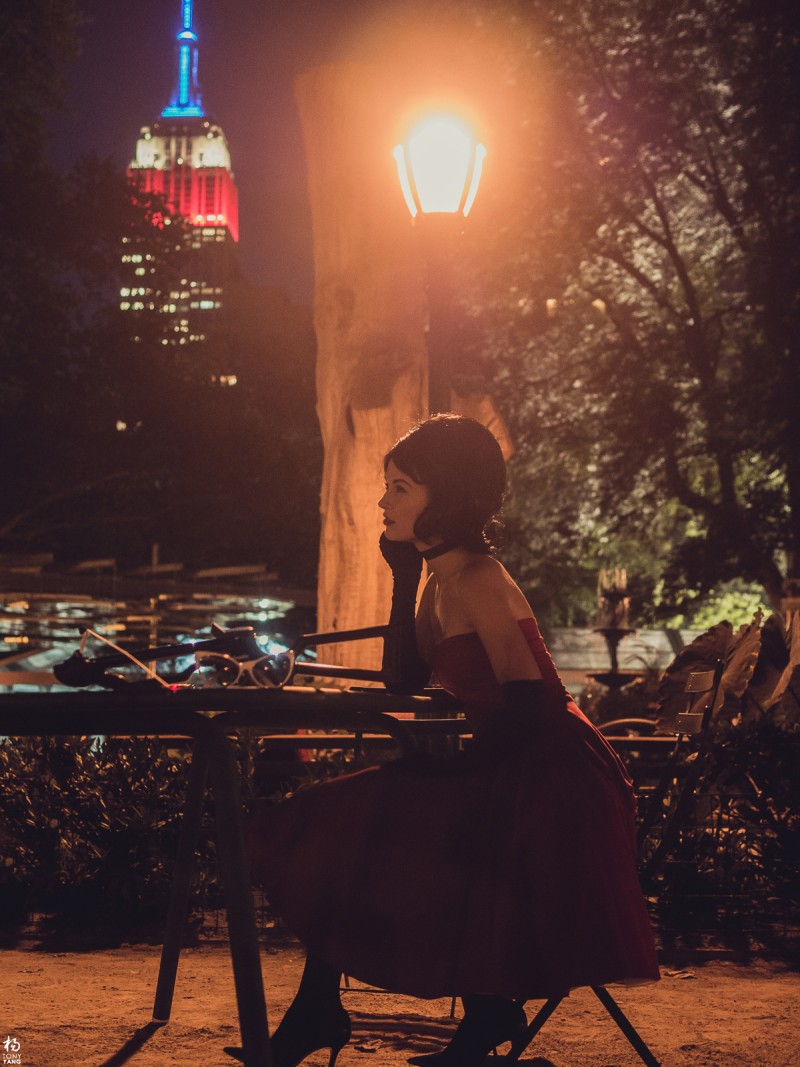 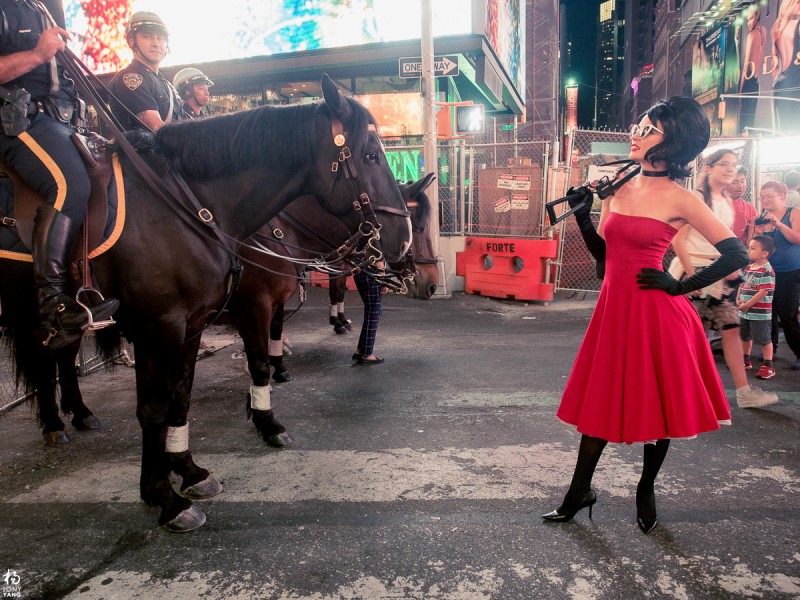 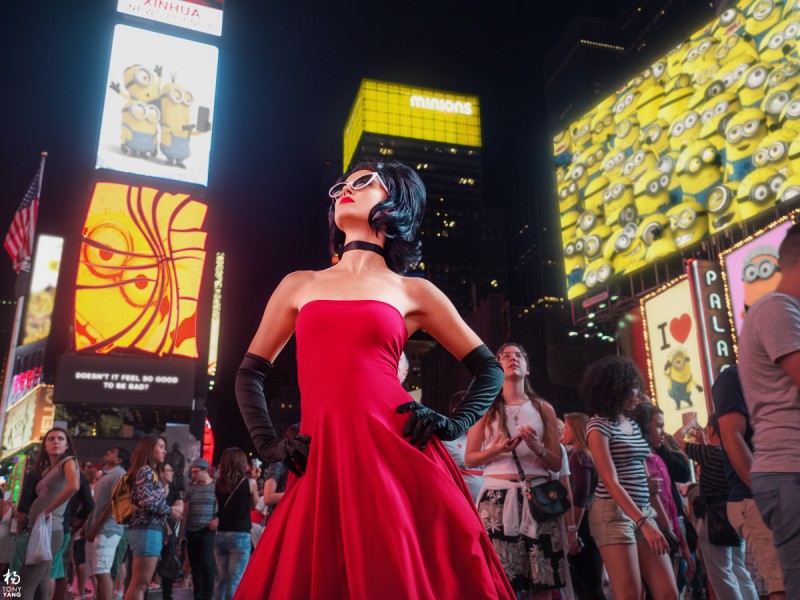 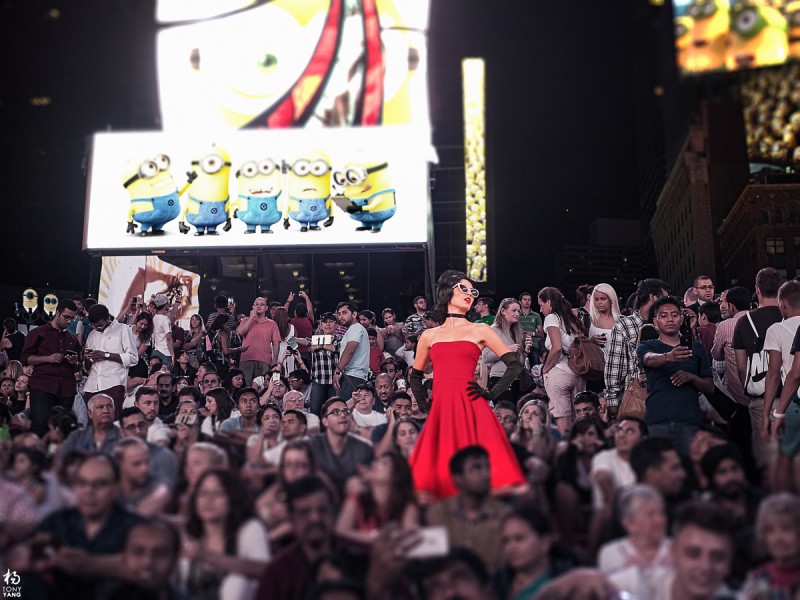 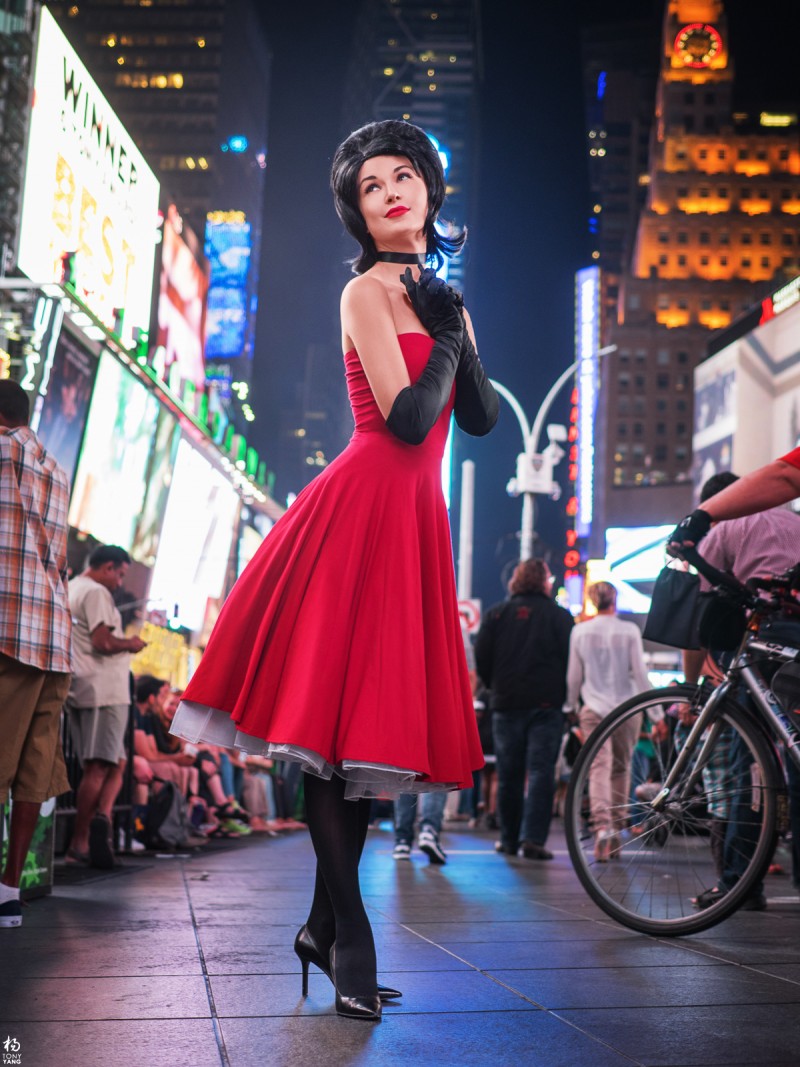 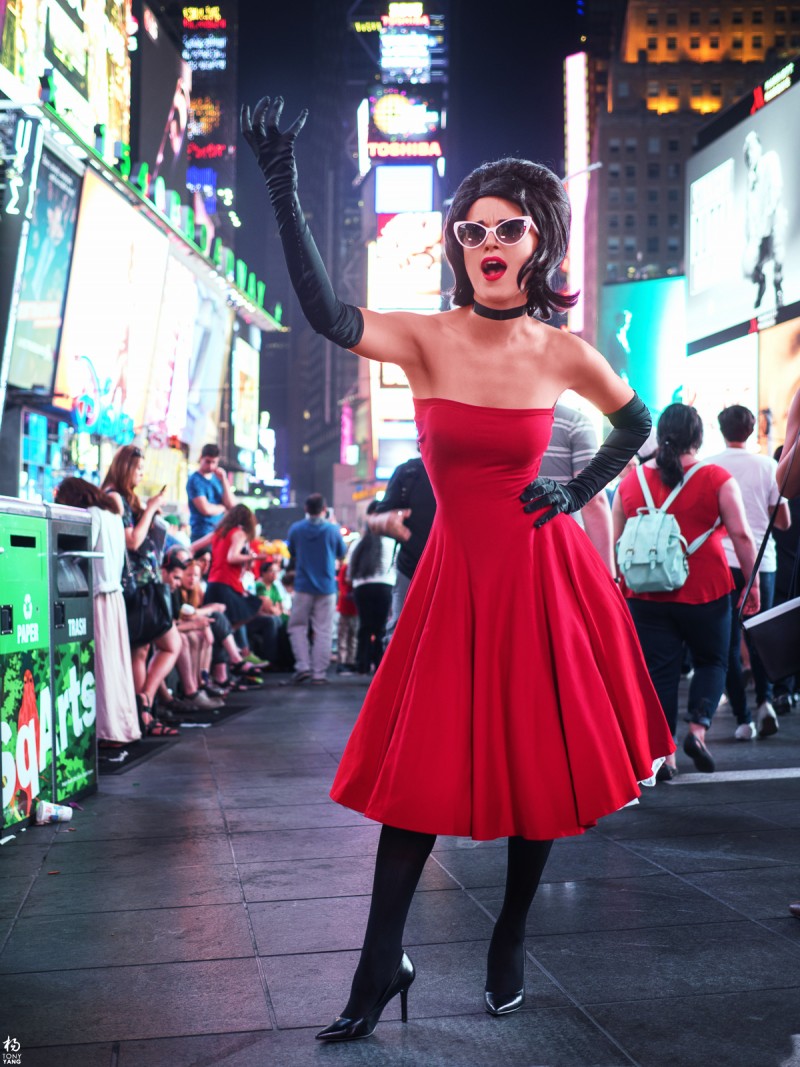 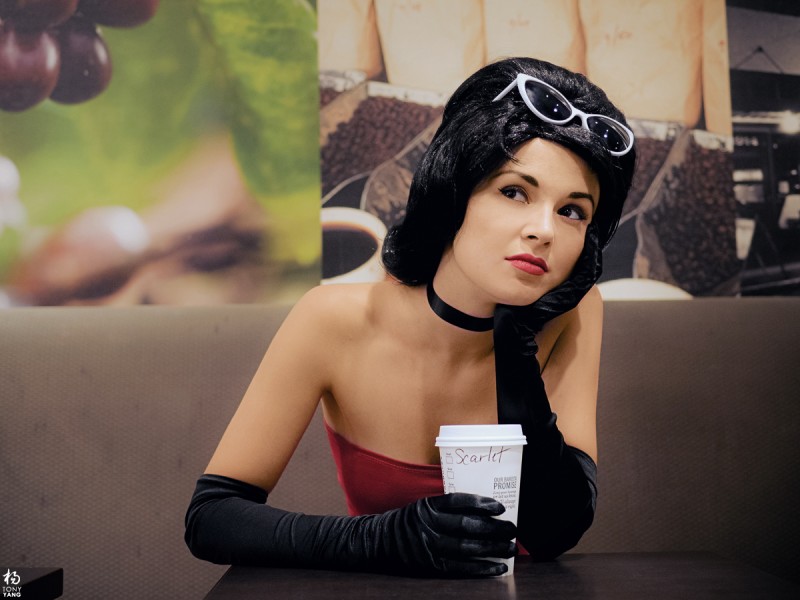 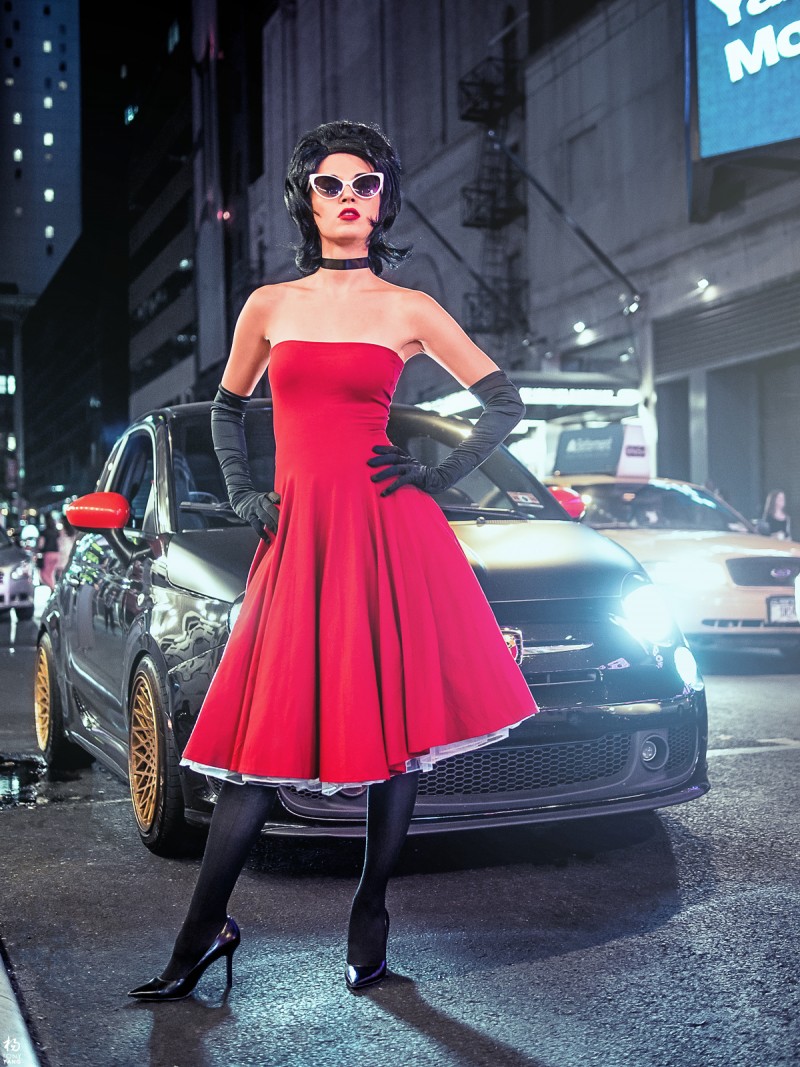 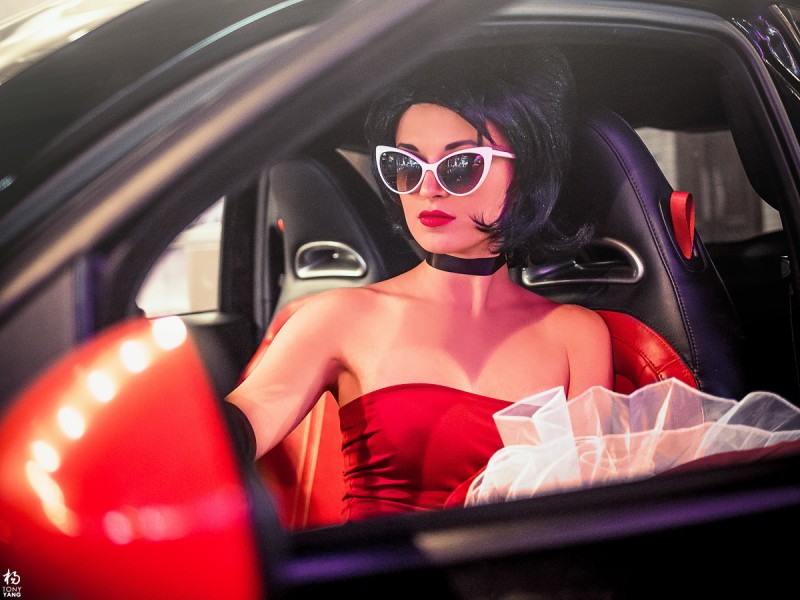 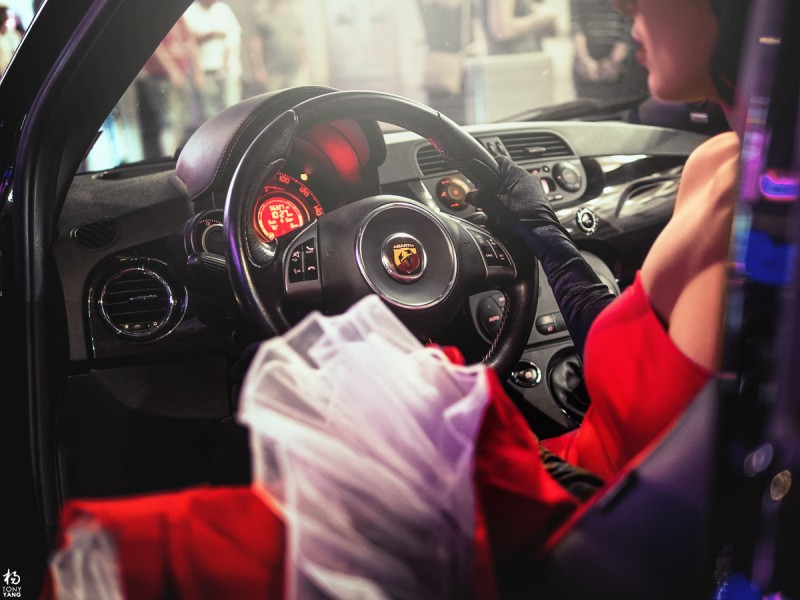 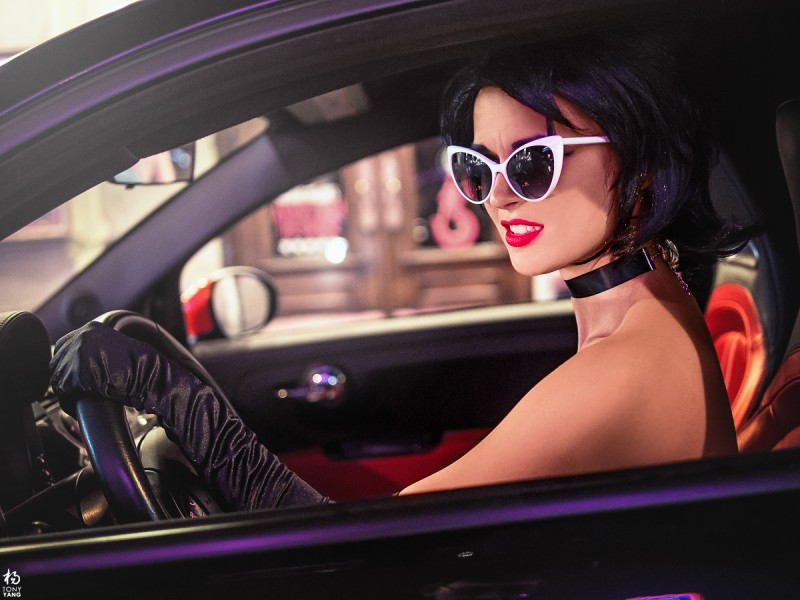 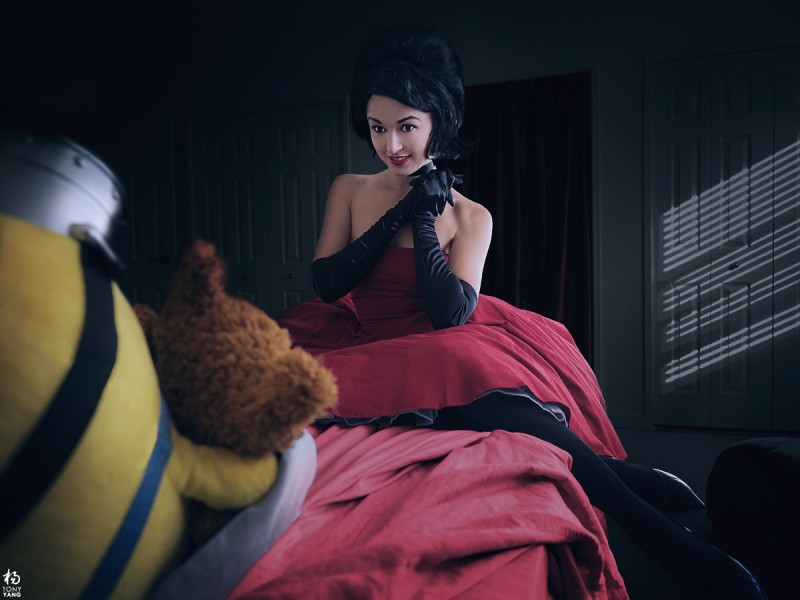 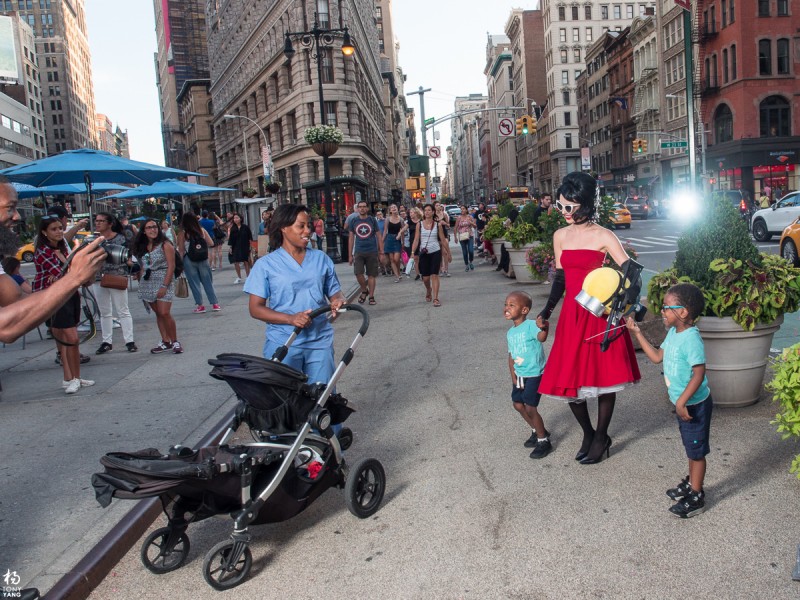