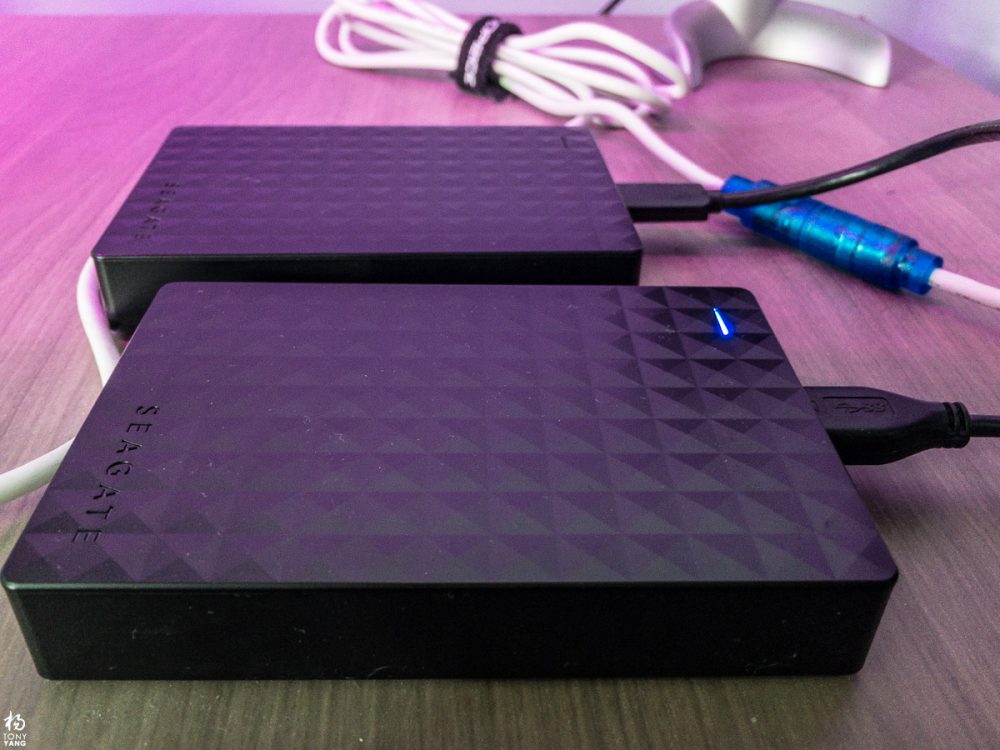 As my NAS (network attached storage) drives are getting full from RAW photos, I need to offload the files onto multiple external drives for safe storage. I purchased a few Seagate Expansion drives in 2TB and 4TB variants for different backups, making two copies each for redundancy. The first decision when getting the new drives was how to format them. I decided to use exFAT table for maximum compatibility for read and write on Windows and Mac systems. The default NTFS table is read-only for Macs. The second decision was harder, what file allocation unit size? Most searches on Google just recommended the default size, which would be 4096kb on the 4TB drive. That was a bad idea and a waste of valuable disk space. I was able to recover a lot more with a simple calculation. 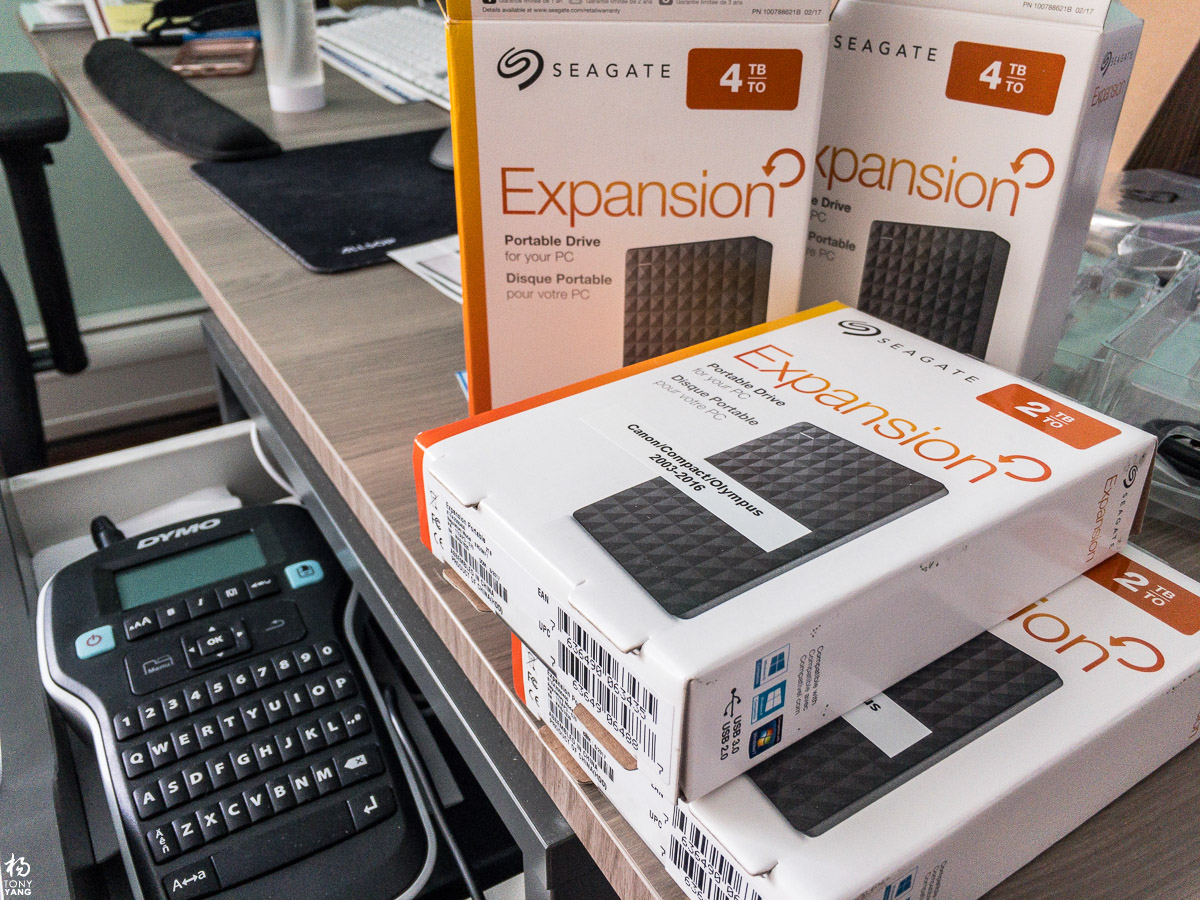 Based on my Google Sheet calculation of my photos, it seemed like my total of 3.5TB would just fit on the 4TB drive (3.63TB available). After copying 2.21TB of files, I realize it was taking up 2.97TB of space on the external drive and I couldn’t fit my last folder onto the drive. “What gives??” was my first thought. While most forums suggest a default AUS (allocation unit size) because drives are so cheap and large that most people would never notice, I very much noticed a huge discrepancy of used space versus available space. I need every last bit of usable space when I am trying to backup all of my photos to make more room on my NAS. 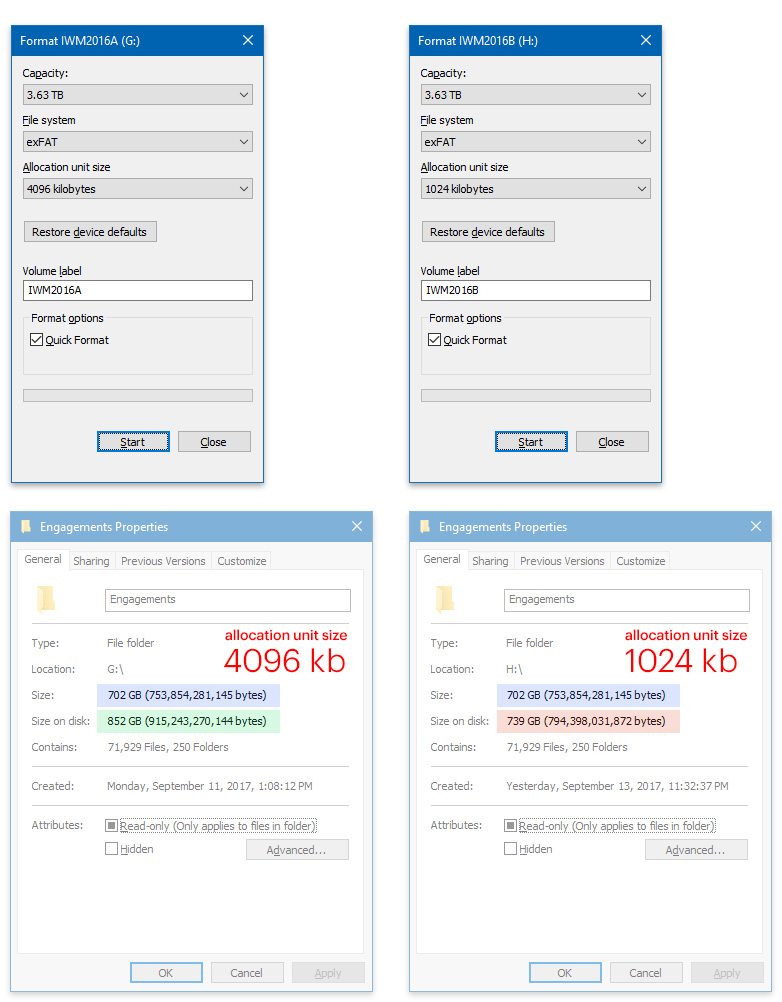 In the comparison above, I am using two exact same Seagate Expansion 4TB drives, one with 4096kb AUS, and the other 1024kb AUS. The larger AUS takes up an additional 150GB of wasted space, while the smaller AUS only wastes 37GB. I could save even more space if I dropped the AUS to the lowest available setting, since this is a backup only drive and I do not need maximum performance in read/write speed. There is a simple formula I found online that accurately calculates the estimated waste space a chosen AUS creates.

Now let’s calculate the backup I planned for the 4TB drive. The total is roughly 3,500GB at 473,000 files. A drive with 4096kb AUS would waste over 900GB, compared to a 128kb AUS with only 57GB wasted space. Now I know 3,500GB + 57GB would just fit the 3.63TB drive. I hope this will help the rest of you properly setup your external backup drives in the future and not waste unnecessary space.