Here is my long over due review of a wireless flash trigger system I have been using for the past year. I was lucky to get in touch with Jesse from Aputure (yes, Chinese brand), and I was given samples of the Aputure Trigmaster Plus 2.4G transceivers for my Canon system to review. They work exactly like my previous Pocketwizard Plus II system, each device can perform either as a transmitter or receiver. The purpose of a wireless trigger system is to use off-camera flash for either a more flattering, natural, or even dramatic lighting – basically anything but on-board camera flash! The system allows for 1 or more flash, in my case I use up to 3 flashes. 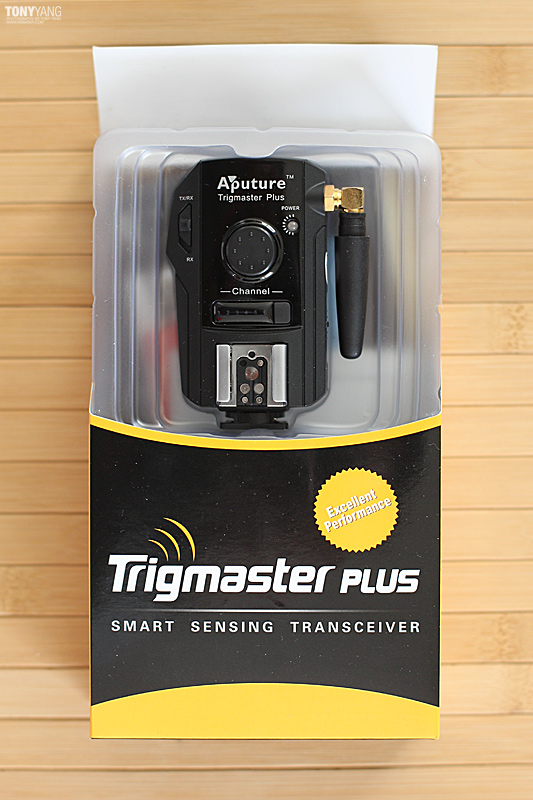 I had been using Pocketwizard Plus II system for a few years, but I always noticed the flash would misfire on occasion, sometimes missing a moment at a wedding. I usually noticed the misfire when my camera is low to the ground and the flash is high up, and when there were too many people blocking line of sight from the trigger. Even though it’s a radio system, walls and enough people can still affect the signal. Radio dynamics is one of the trickiest topics to understand, but elevation and angles are a major concern for radios and antenna signals. The 2.5ghz spec of the Trigmaster seemed promising, instead of the 500mhz rated Plus II.

The setup of the Trigmaster is also significantly easier than Plus II’s. If you see the comparison photo below, the Plus II setup required three additional parts that can take extra time to setup during a wedding event. The Trigmaster requires no additional parts. I have seen other new brands with the same simple setup with thread mount and hotshoe. This would also not be a concern if you’re able to upgrade to a Pocketwizard FlexTT system.

At only $60 for 2 devices, it’s an extremely good deal compared to PLUS II’s. The system is very easy to setup. Screw the remote onto a light stand, slide the flash into the hotshoe and you’re done. You can scroll through 6 channels with the button labeled Channel, and you can trigger the flash or camera remote with the large round button. The 2xAAA batteries last a very long time in the Trigmaster. The range and reliability of the trigger is very good – except when moving the system around, I’ll cover that next.

My only big concern about the Trigmaster is the channel selection changing. When talking to Jesse, he could not replicate the issue, but it happens to some of my triggers. When attached to the light stand and flash, any bump or wobble of the stand would cause the trigger body to compress and would change the channel. This issue is easily reproduced when when I compress the trigger with my fingers, it would change channels. The solution would just be to keep some sandbags on the light stands to prevent any major movement. Whenever the flash did not trigger, I knew someone had kicked the stand and I have to change it back to the correct channel. I would have preferred a trigger with manual binary switches to prevent accidental button presses.

You can see Mila’s photo shoot with the Trigmasters here. 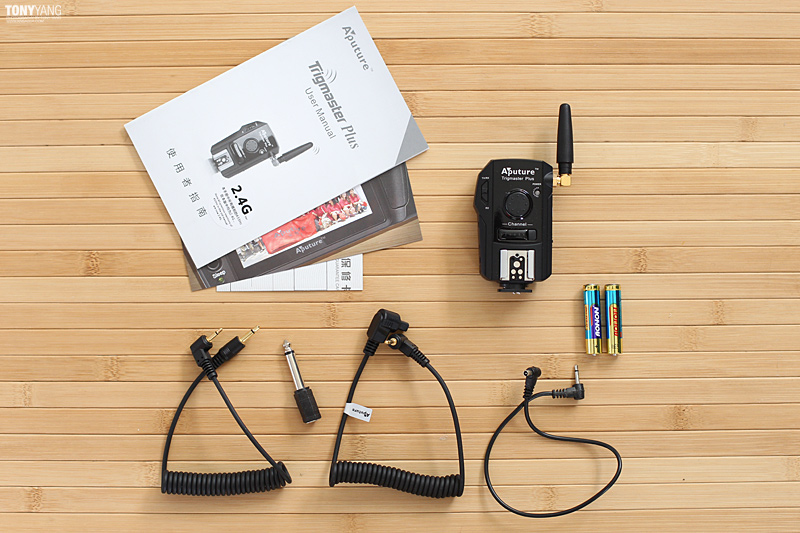 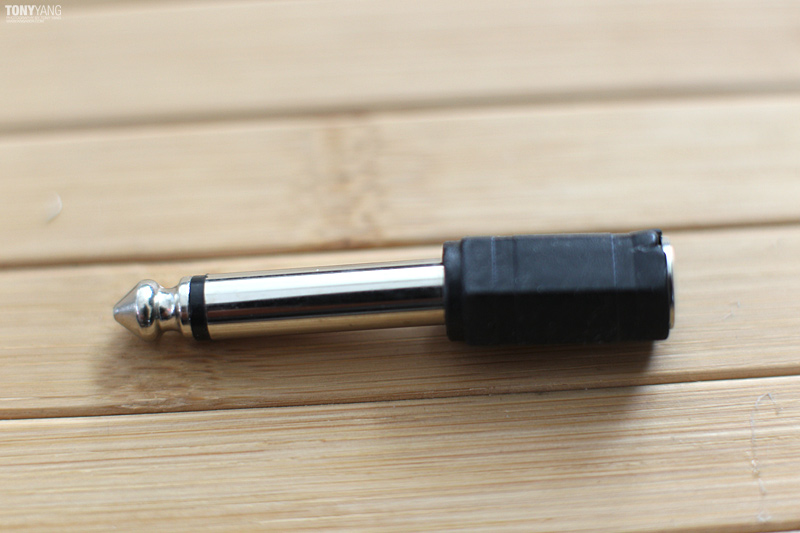 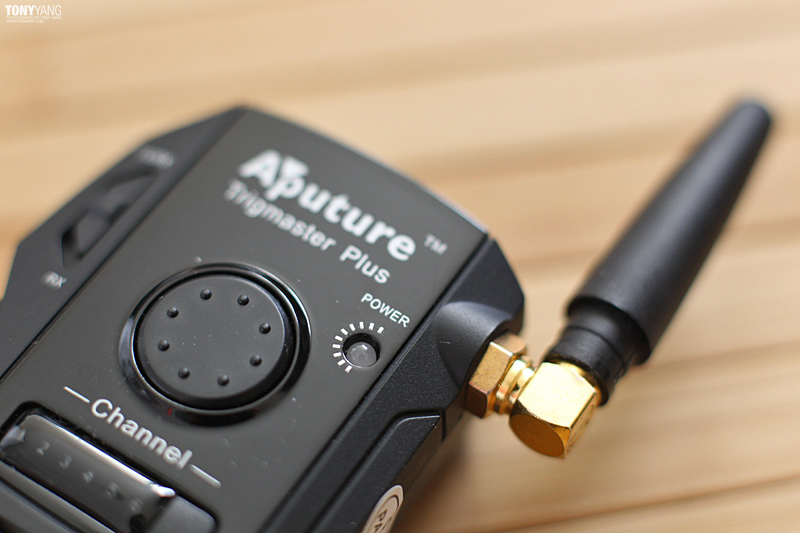 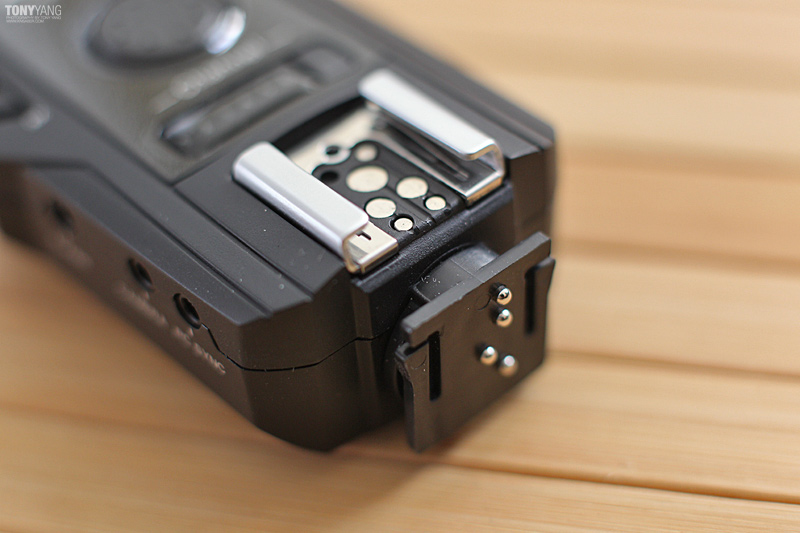 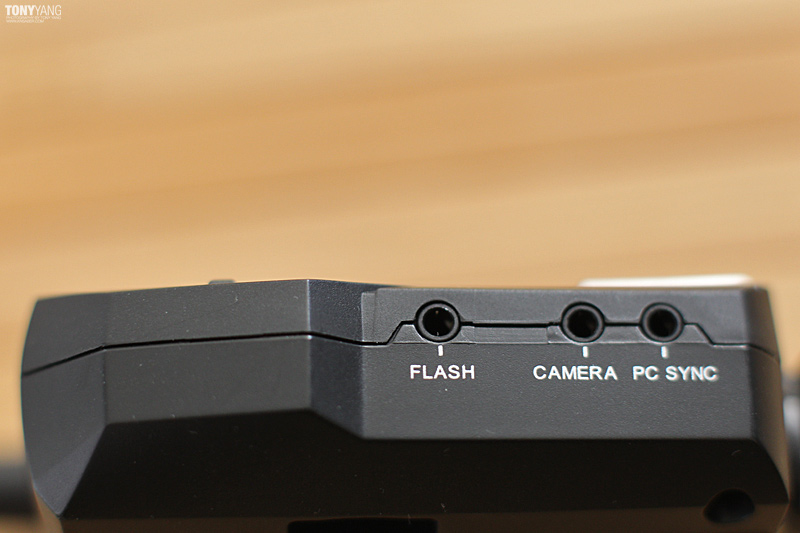 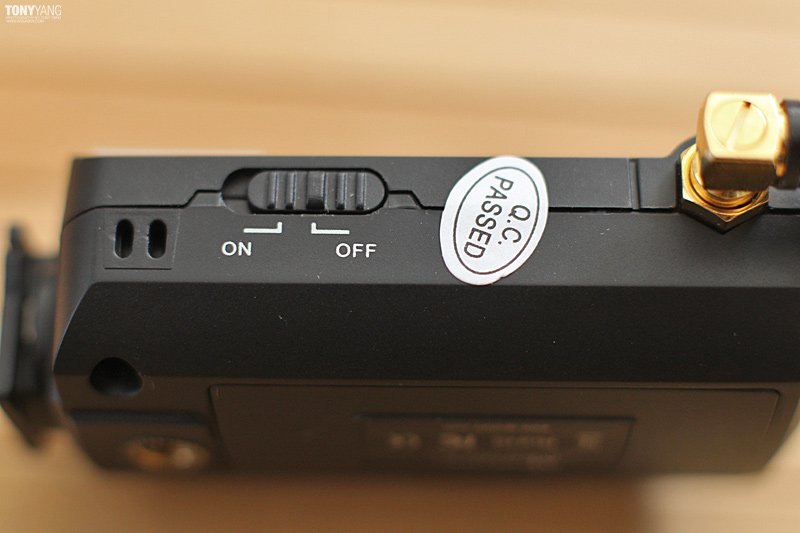 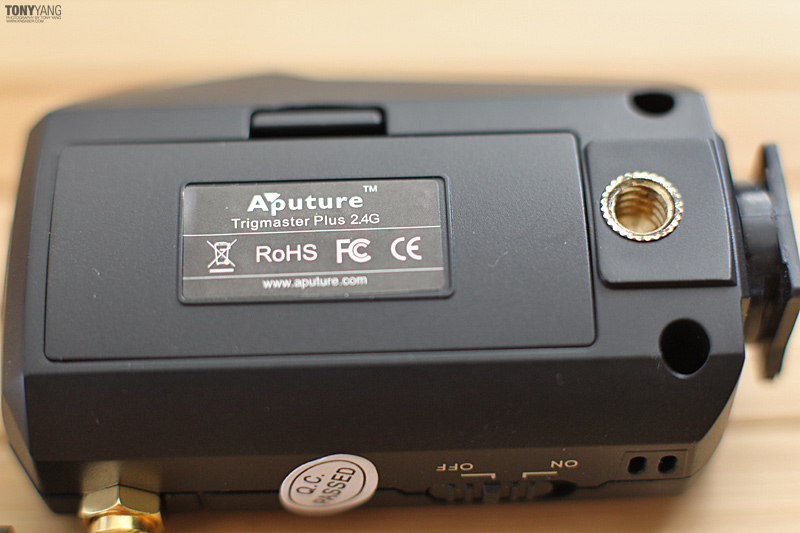 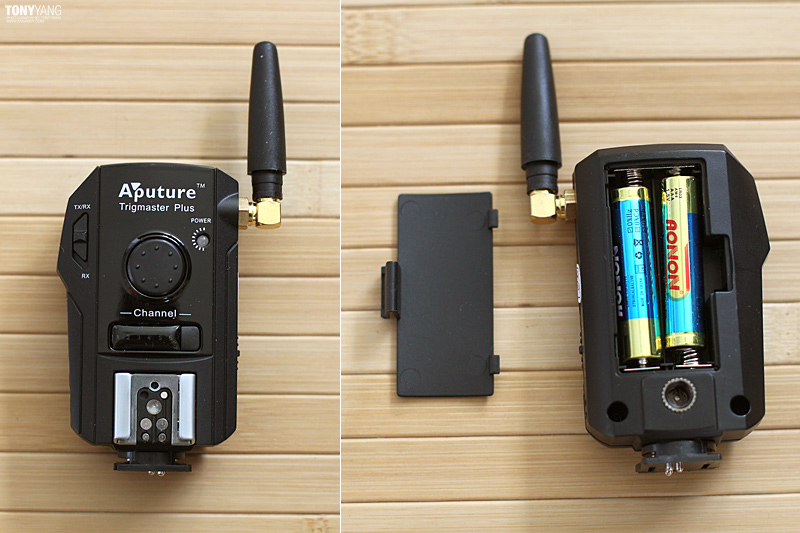 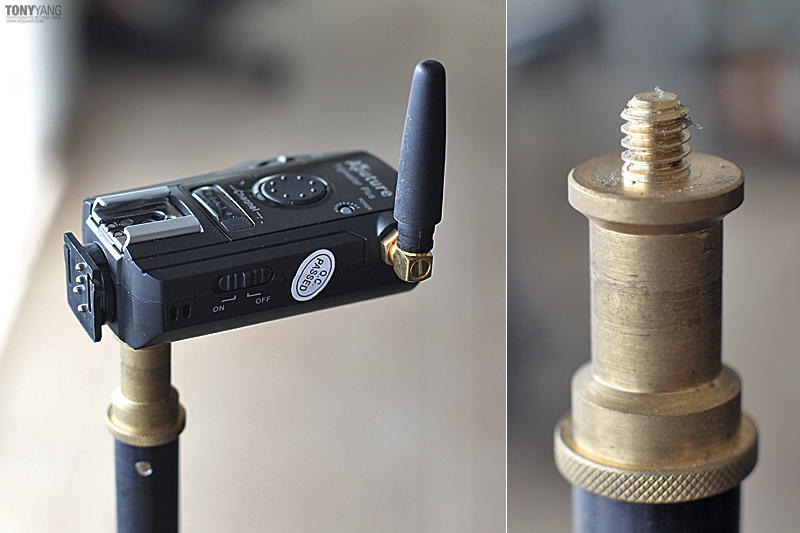 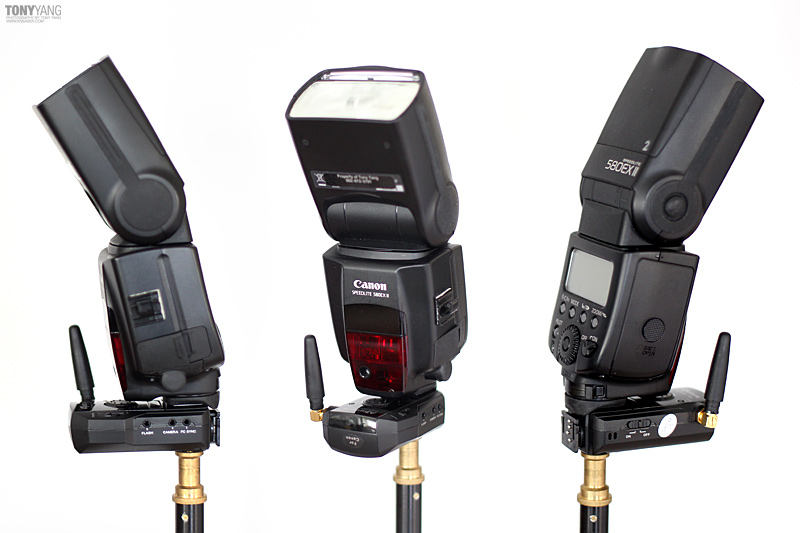 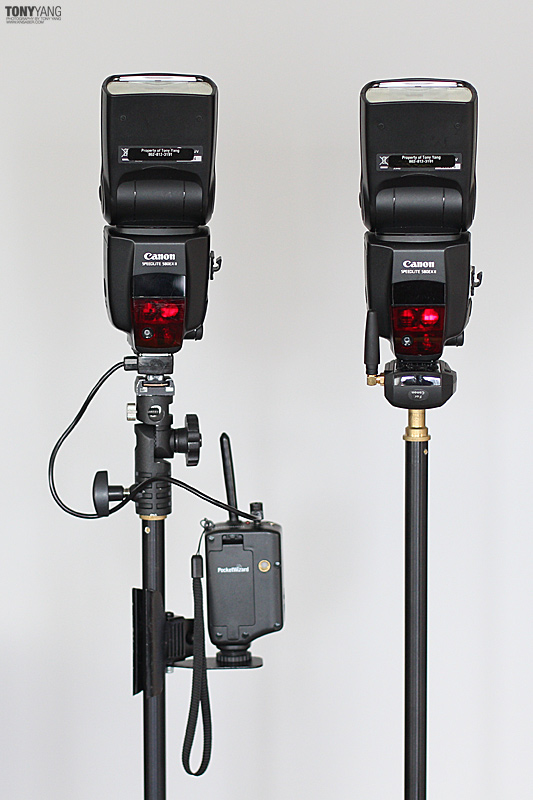 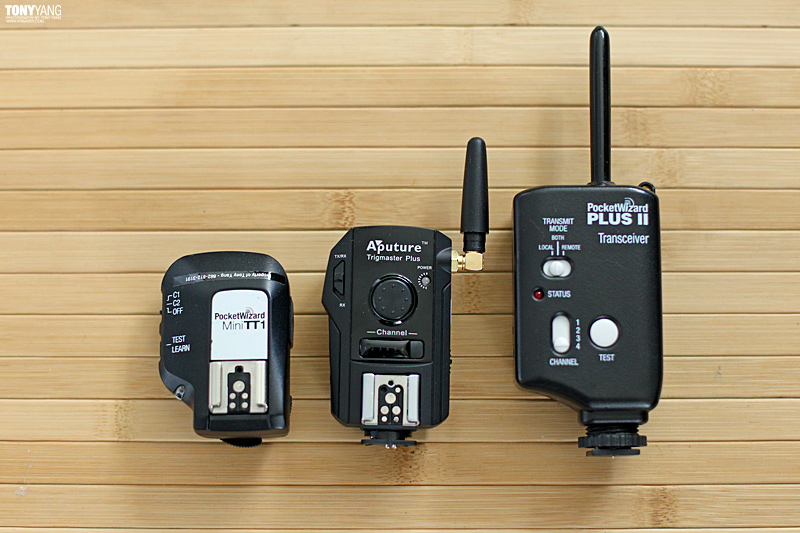 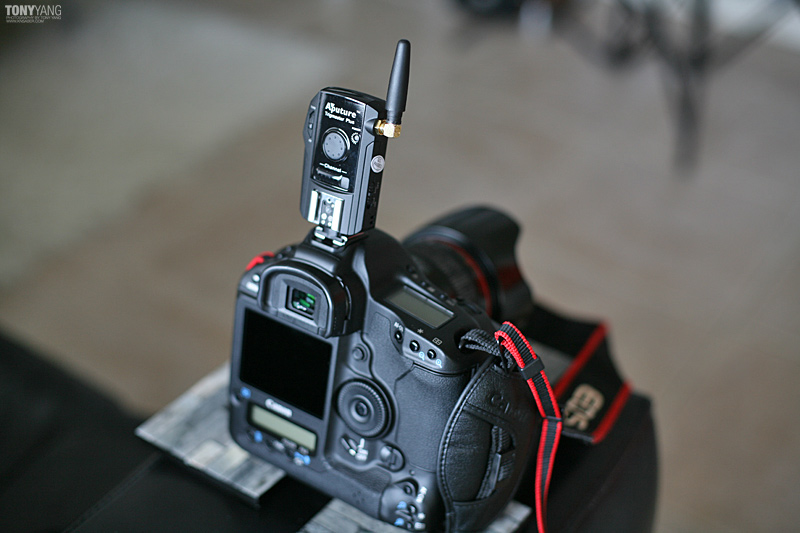 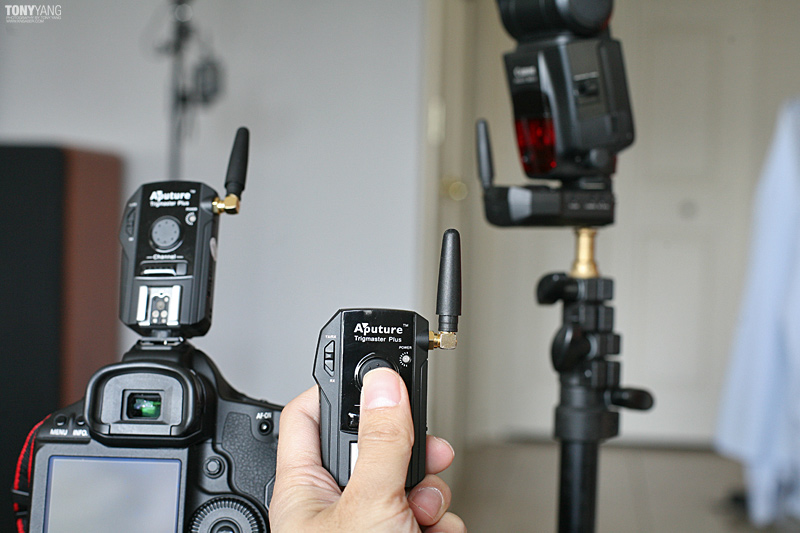