For the past few years I’ve been using the Aputure Trigmaster Plus 2.4G wireless flash remote systems. They’ve been working very well with no radio interference or distance issues compared to my PocketWizard Plus II’s. If you read my review, the only issue I had with the TM’s was the channels changing whenever you moved the lightstand, compressing the transciever body, thus inadvertantly changing the channel. While this wasn’t an issue with modeling shoots, it was annoying for weddings. The wonderful guys at Aputure sent their newest transcievers for testing and so far they are definitely an improvement. Here are some shots of the new Trigmaster Plus II 2.4G. 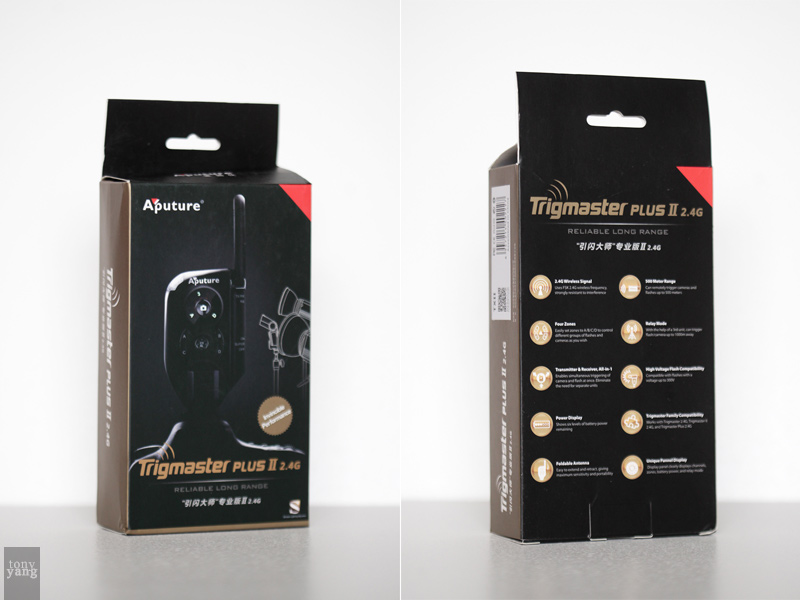 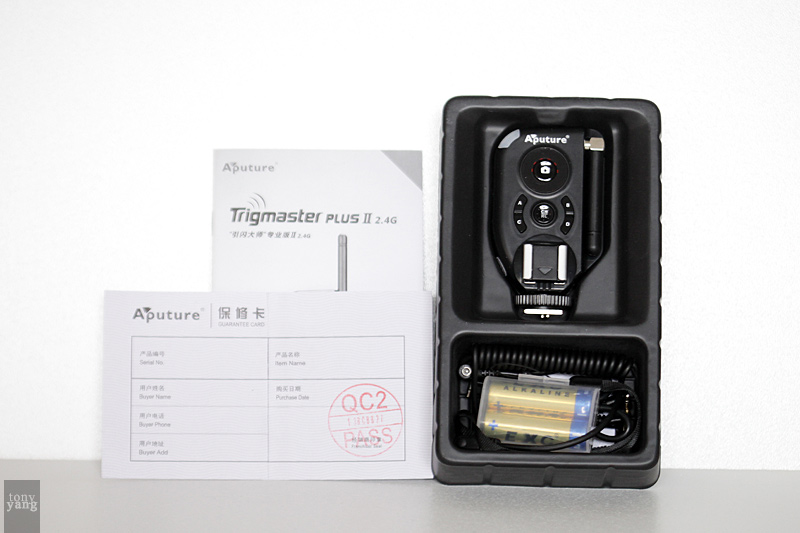 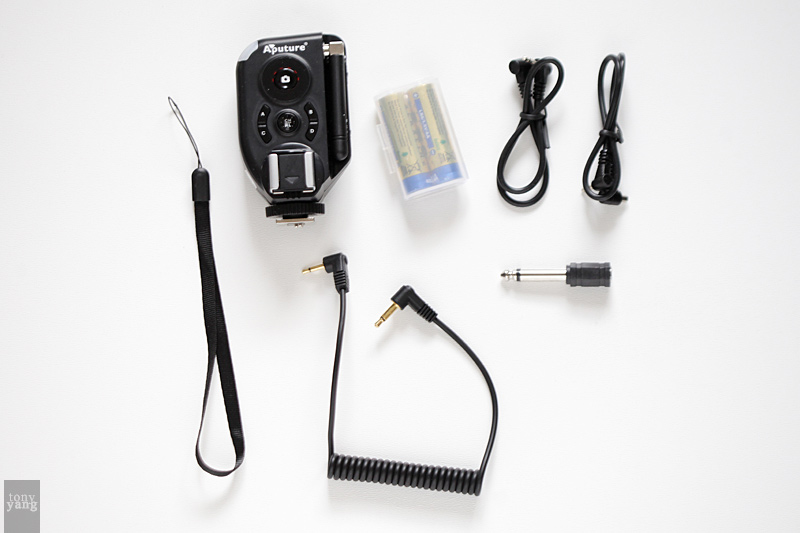 You can see the contents of the package. I like that the batteries come with its own case instead of shrink wrap, if you don’t plan on using the triggers for a while you can store the battery somewhere safe and not leave it in the device. Like the original Trigmaster, it comes with all the cables you need to sync the flash or camera. 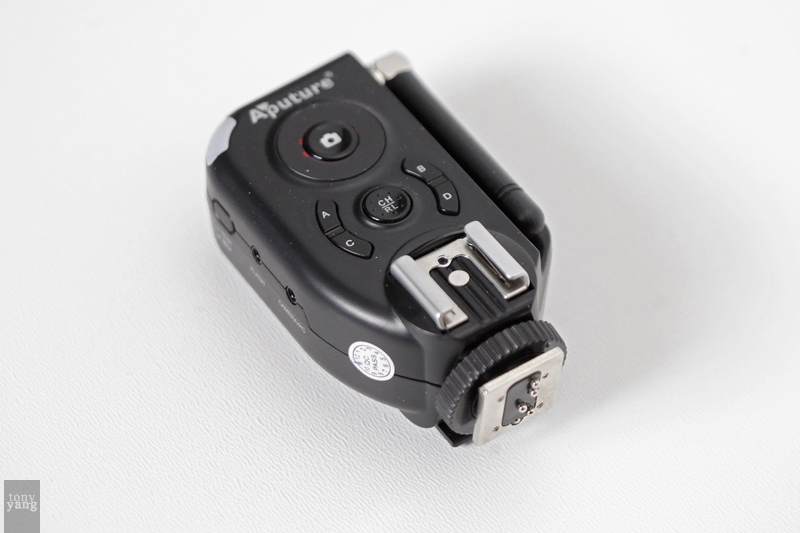 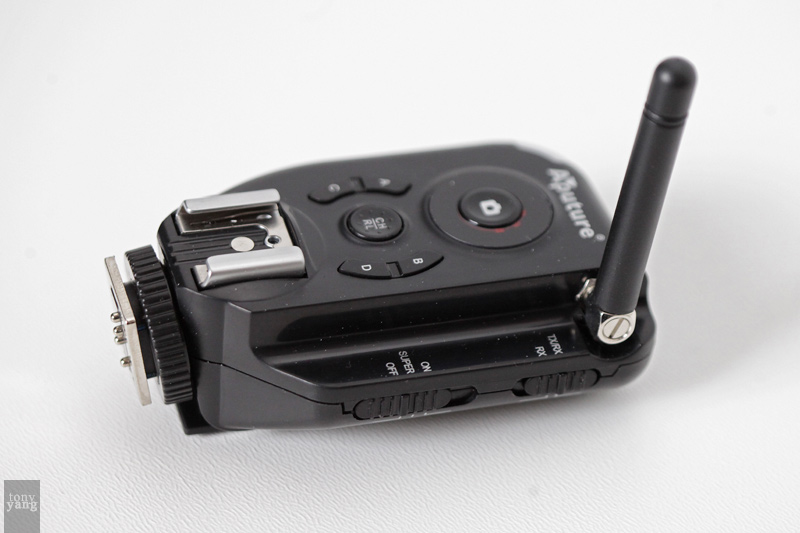 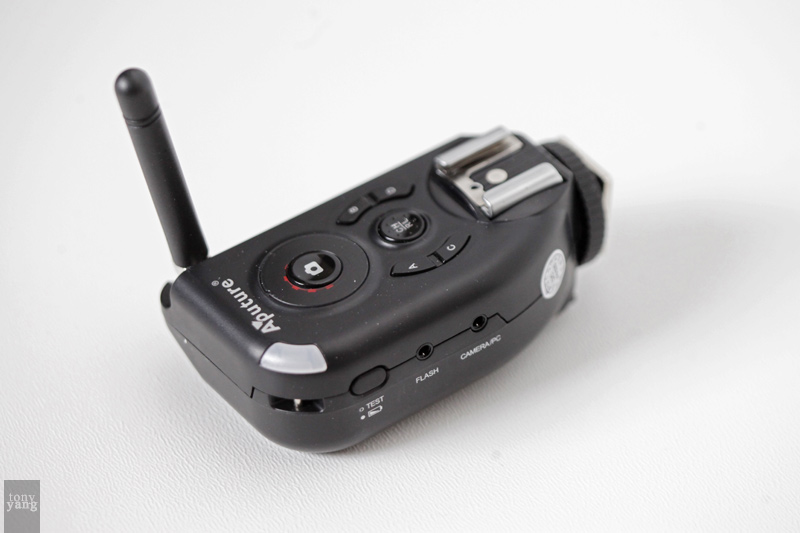 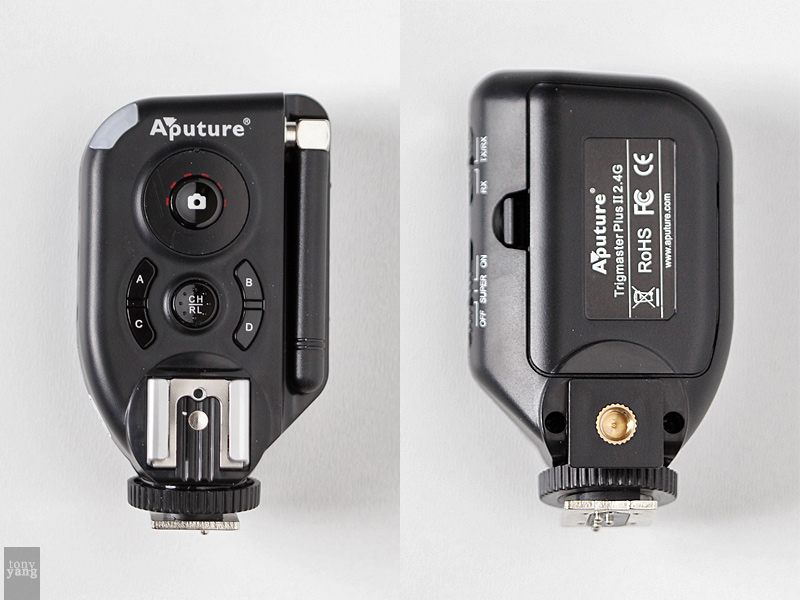 You will notice the major design change is the antenna being flush with the body so you no longer have to worry about snapping it off during storage. It also has an additional hotshoe conenction on the bottom of the unit insteaed of just a screw mount. The main hotshoe also has a locking wheel now, and the buttons now include a dedicated TEST button instead of having to press two buttons at once on the old TM. Here are the spec updates of the Plus II:

While the compatibility on the Plus II states only Sony/Others, I assume Other is every other body because it works fine on my Canon bodies. You may notice the triggering range is boosted from 120M to 500M! There is an extra switch on the body to toggle the transmitters to SUPER mode, which eats up more batteries but will also extend the range. 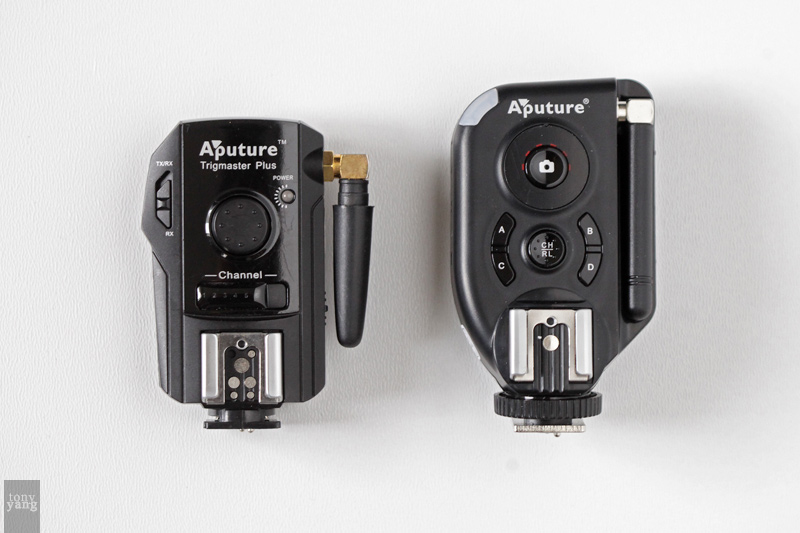 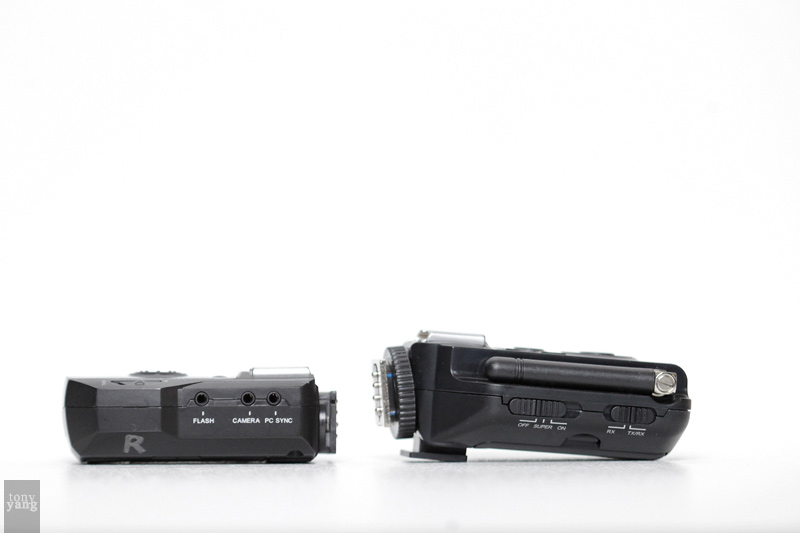 The photo below is a Canon Speedlite EX II on a Plus and a Plus II. You will notice the Plus II is only slightly bigger. 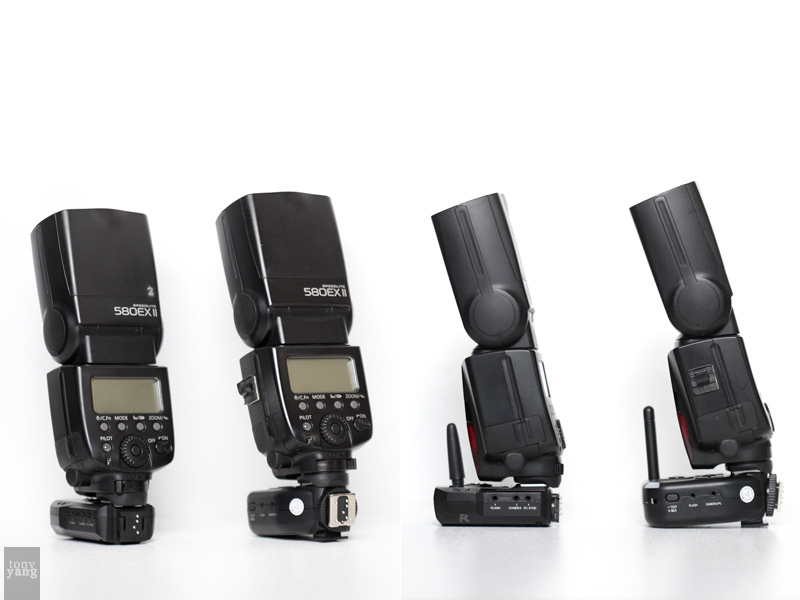 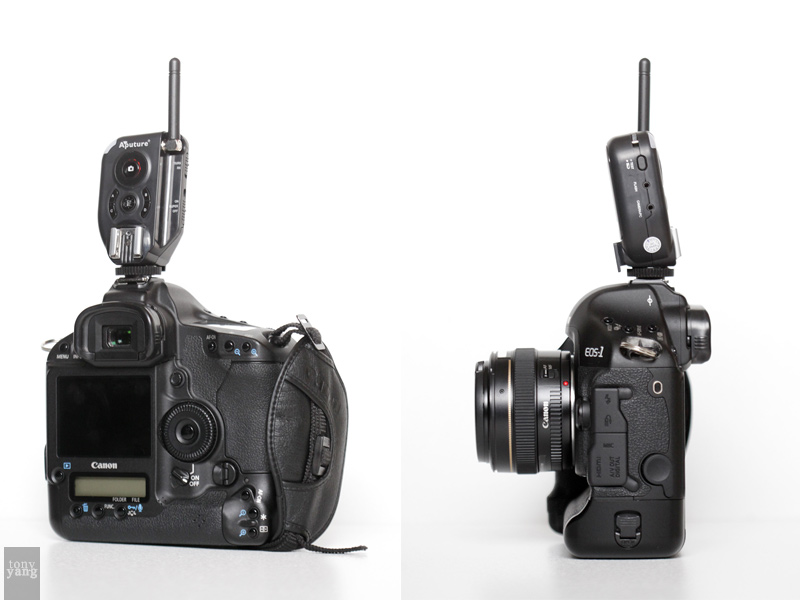 Here are two examples of using a remote flash. The bedroom had some natural window light, so I used the flash as a fill light bouncing off the ceiling in the room. You will notice a soft light on the model, but also a nice highlight on the left side coming from the window. The outdoor shoot is where you really need the remove triggers for portable flash if you don’t have a a generator and professional strobe setup. The one flash on the right side added a nice rim lighting effect to the model on an overcast day.

I can’t wait to start shooting weddings with the Plus II and not worry about guests knocking into my flash and changing the channels. The setup is so easy it makes your lighting kit extremely portable and fast. I might start using my Speedlights more often than my AlienBees. Feel free to ask questions about the product in the comments section.
Aputure flash trigger Trigmaster